Happy New Year’s Eve! We started a tradition in 2012 when we posted our Favorite Moments in a “Best of” blog post. Well, it’s New Years Eve again, so it’s time to take a look back on 2016. This year was incredible: we celebrated 13 years together, traveled from LA to Houston to New York, released six documentary films following artists, hosted our first artist-in-residence, and continued production on our debut feature film following the late artist Chuck Ramirez. Here are our 10 favorite projects from 2016 (in order of release date), enjoy!

1. Thorsten Brinkmann: The Great Cape Rinderhorn
Working primarily from objects found in Houston, Thorsten Brinkmann turned Rice Gallery into a place where the familiar is made strange as castaway goods are reimagined through Brinkmann’s idiosyncratic sensibility that combines assemblage sculptures with self-portrait and still life photography. Our film was selected as our 11th Vimeo Staff Pick and was featured on the National Geographic Short Film Showcase. Watch the film.

2. Gary Sweeney: A Manhattan Beach Memoir
As a tribute to his family, hometown, and father’s photography, artist Gary Sweeney covered the exterior of his childhood home with over one hundred large-scale family photographs. We traveled to Manhattan Beach, California to document the site-specific installation utilizing Gary’s childhood home, which had been in his family for 70 years. Watch the film.

3. Tongue in Cheek: The Inflatable Art of Jimmy Kuehnle
The Hudson River Museum hosted Jimmy Kuehnle’s first large-scale solo exhibition in New York. Kuehnle designed new inflatable works that engaged the museum’s architecture and performed in his inflatable suits during the Museum’s Kite Festival. We had the pleasure of following Jimmy’s performances seven years ago and were so fortunate to have the opportunity to catch up with his latest inflatable art. Watch the film.

4. Michael De Feo: Crosstown Traffic
Crosstown Traffic, an installation by Michael De Feo, featured works visible through the glass wall while Rice Gallery was closed for the summer. Known as “The Flower Guy,” De Feo is a painter with a penchant for street art, gaining international recognition for painting over outdoor fashion ads with buoyant floral patterns.  Watch the film.

5. Bad Idea Skate Crew
We founded a skateboarding crew with a group of friends in early September. Used initially as an outlet for Angela’s life goal of learning how to skateboard, the crew quickly began collaborating on photo shoots, video projects, and overall tomfoolery. When we get together, it’s a bad idea. Follow our adventures on Instagram.

6. ChildSafe
ChildSafe is a Children’s Advocacy Center — the only one in Bexar County — that provides specialized services to children and teenagers who have been abused, neglected, or sexually abused. ChildSafe is embarking on a bold new journey to build a state of the art facility that will be a national model for the treatment and care of abused children. We produced a short video highlighting the construction of the Salado Creek Campus. Watch the video.

7. Remy Bordas Artist Residency
In October we welcomed artist Remy Bordas into our home studio as our first artist-in-residence. He spent his month here developing and creating new work for his portfolio. We assisted in the production of Remy’s performance and installation pieces through photo and video documentation. We love following artists in their studios, but having Remy work under our roof was really incredible. We plan to exhibit Remy’s work at a gallery in 2017. Follow #WalleyResidency to learn more!

8. Jonathan Schipper: Cubicle
New York artist Jonathan Schipper is known for his time-based, kinetic installations that reveal the flow of time as imperceptible until, as in life, we see the physical evidence of its passing. Since Schipper’s installation changes over time, we will be producing an updated version of this documentary to include the final result. Until then, watch this film to learn more about Jonathan’s process and how Cubicle was made. Watch the film.

9. Margaret Craig: The Albatross
The Albatross was an installation and performance piece by Margaret Craig at the Carver Community Cultural Center during Luminiaria 2016. We had a glimpse into Margaret’s art making practice four years ago in our short documentary Malleable Objects and were excited to follow her dynamic performance work. Watch the film.

10. Chuck Ramirez Documentary
We have been in production on our debut feature documentary following the late artist Chuck Ramirez throughout the year. To keep our sponsors updated we have posted five updates this year detailing our progress and revealing some behind the scenes. We will continue to post blog updates until the film’s completion in 2017. The McNay Art Museum will exhibit the first significant survey of Chuck’s work in the upcoming exhibition Chuck Ramirez: All This and Heaven Too organized by the McNay’s Chief Curator/Curator of Contemporary Art René Paul Barilleaux and scheduled to run September 14, 2017 to January 14, 2018. The McNay has invited us and we have committed to screening the completed documentary film during the run of this exhibition. Visit TiaChuck.com to learn more about this upcoming film.

Thank you to everyone who supported us this year! We’re looking forward to a productive and fun 2017 :)

We’ve recently completed a short documentary film following artist Gary Sweeney as he created his site-specific installation, A Manhattan Beach Memoir: 1945-2015. We traveled to Manhattan Beach, California to visit Gary’s childhood home and captured his process and the final work.

Mark behind the scenes filming the installation of “A Manhattan Beach Memoir: 1945-2015”

In 1945, while Sweeney’s father Mike was returning from Guam after World War II, his mother Anita bought a small house at 320 35th St in Manhattan Beach, California. It was their family home for 70 years. Sweeney sold the house in July, 2015, with the understanding that the new owner planned to demolish the house and put a new development it its place.

Mark films artist Gary Sweeney during the of installation “A Manhattan Beach Memoir: 1945-2015”

As a tribute to his family, hometown, and father’s photography, Sweeney covered the exterior of the house with over one hundred large scale family photographs, and occupied the house during its final month – February, 2016.

The final work received an incredible amount of press and international coverage. We really enjoyed working with Gary again and capturing this very personal, but universal story of family and memory.

Learn more about his work at GarySweeneyArt.com

We are currently in production on Tía Chuck, a documentary film following the life and work of the late artist and graphic designer Chuck Ramirez. On November 6, 2010 Chuck Ramirez died after falling off his bike less than a block from his home in Southtown. It was then that we began documenting a community deeply affected by the untimely loss of a larger-than-life artist, who many felt was the heart of the art community. Tía Chuck will utilize footage captured in the days following the artist’s death, interviews conducted with Ramirez before his passing, archive footage and photographs collected from family and friends, and newly shot footage to illustrate stories told by those closest to him. This documentary film will ensure that his legacy lives on – bringing his remarkable life and work to new audiences.

A native San Antonian, Ramirez had a successful career in graphic design and advertising before he came unto his own as a conceptual artist in his early thirties. Primarily employing large-scale photography, Ramirez’s pieces investigate the rituals and forms of everyday life and are charged with metaphors of ethnicity, gender, sexuality, religion, and mortality. Piñatas, candy trays, brooms, a Whataburger cup – Chuck Ramirez’s work recontextualizes objects from the banal to the extraordinary. Working with materials and images that are part of his daily life – a life impacted by being HIV positive – Ramirez transformed the language and power of advertising into a call for action and compassion, expression, and self-actualization. Throughout the final fifteen years of his life, Ramirez played an active role in the community as a fundraiser and advocate for contemporary art and exhibited his work nationally and internationally.

Thanks to Hatchfund.org, you can now make a tax-deductible donation to our project. Donate at the link below, any donation amount is greatly appreciated. ¡Viva Tía Chuck!

We’ve chosen Hatchfund.org because we wanted to partner with a nonprofit organization whose mission is dedicated to supporting the work of artists. This service is free for the artist, provides fully tax-deductible contributions, and one-on-one support to us throughout our fundraising campaign. The additional donations (10% minimum in total) that you pay for administration of the campaign goes towards a nonprofit committed to cultural advocacy.

Interviewing Ken Little in his studio for Tía Chuck

We have experience producing over forty short documentary films following artists and non-profit art organizations in Texas. We are building on that experience to produce this project, which will be our most ambitious film to date. We estimate the length will be between 30-45 minutes. Funding will go towards additional video equipment costs, production costs for cinematic recreation scenes, and our time filming, editing, and composing an original score for this film. We are fundraising with the hope of completing the film by the end of the year and having screenings early next year. Follow production at www.TiaChuck.com.

Thank you for your support!

Hello! We are Mark and Angela Walley, filmmakers dedicated to collaboration & advocacy of the arts in San Antonio, Texas. Thank you for visiting our blog archive 2008-2016. To watch our most recent work visit: www.WalleyFilms.com 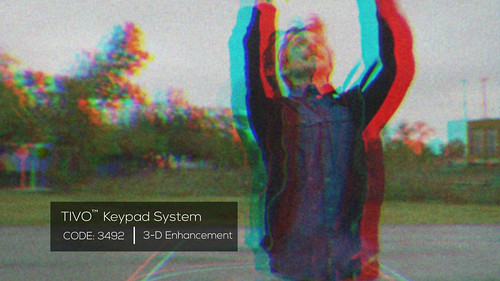